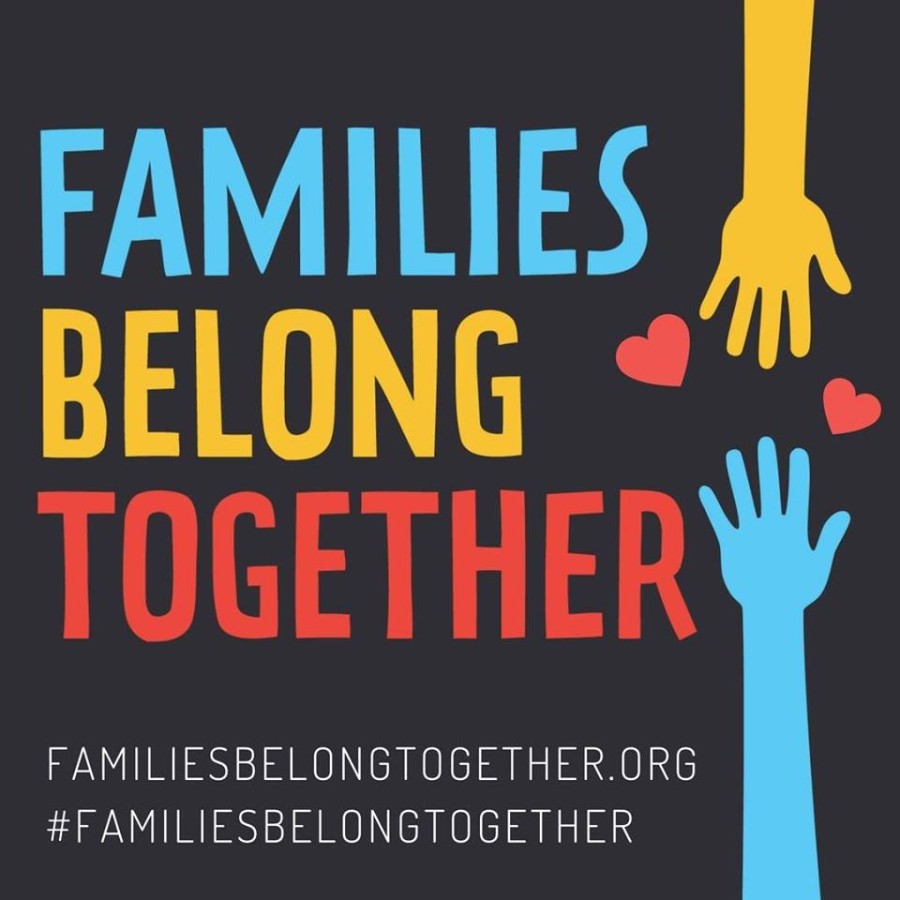 Every mother’s worst nightmare having a child taken from her. We make sure we know where they are at all times. We teach them not to talk to strangers and to be cautious with their interactions when they are outside of our homes. We keep them close at the grocery store and within sight at the park and the pool. We teach them how to shout for help if someone tries to take them and to never leave our sides in crowded places. We are vigilant protectors of our young, and we are biologically wired to be so.

Likewise, every child’s worst nightmare is to be separated from their parents. Children’s movies play on that fear to get an easy emotional hook from their audience. Think how many Disney movies involve the loss of or separation from a parent at the very beginning of the movie. I see this same fear in my 12-month-old infant who cries when I leave the room. My three-year-old, though a babbler at home, falls silent around others if I am not with her. And my five-year-old (who still needs a snuggle, story, and song to fall asleep at night) asked me every day of my recent trip if I could come home because he missed me so much and grew restless and irritable while I was away.

I wept unconsoleably last week as I sat reading account after account of young children being separated from their parents at the border. Many of them had come seeking asylum through a provision of US and international law that allows people fleeing violence and persecution to safely enter the US. Some had presented themselves to officials at the border to apply for asylum, which is a completely legal way to come to the US. They arrived only  to have their own worst nightmares realized.

Tear flooded my eyes as I read about the blind 6-year-old girl and her 4-year-old brother who were separated from their mother after they requested asylum at the Arizona border. The mother worries constantly about them, not knowing if she will ever see them again. I can only imagine what the children feel.

I thought of my own 12-month-old, softly sleeping in her crib, when I read that a 12-month-old infant had been separated from parents. That heartbreak worsened when I learned about a four-month old who was taken from his father and has been in government custody for four months now. His father, an asylum seeker, was deported to Honduras without him.

From April 19 to May 31, 1,995 children were taken from their parents at the border, many without any warning or chance to say goodbye, and none with any information about if or how they would be reunited again. Many parents were deceived into thinking their children were being taken to rest or have a bath, only to find out later they had been taken away, with no goodbye and no promise of reunification.

Children are taken to mass children detention centers while the adults are taken to prison. In these facilities no one is allowed to touch the children. They deal with the trauma and crisis with no one to pick them up, hold, hug or comfort them. My children depend on nurturing touch for comfort. They need it throughout the day, every day. There is ample scientific evidence that demonstrates that kids need nourishing human touch for healthy development and to cope with challenges.  The babies and toddlers are sent to “tender age” facilities, while kids five and older are sent to separate mass detention centers. They are not allowed to see their parents. And no one can guarantee they will go back to them.

The family separations have come as part of a new “zero tolerance policy” that the current administration is using as a “tough deterrent” with the goal of preventing migrants from arriving to the US.

Experts in the fields of mental health, child development, and pediatrics have come together to raise their voices in strong opposition to the policy.

“The practice of having border agents remove children from caregivers suddenly and place them in institutional care, especially without any policy for visitation, maintenance of their attachment relationship, or reunification, amounts to child maltreatment.

Anyone with infant/early childhood mental health expertise – and anyone with a heart for children – will tell you that separating young children from caregivers at the U.S. border is appalling and must be stopped.”

The American Academy of Pediatrics has likewise voiced concern, warning that “family separation, can cause irreparable harm to lifelong development by disrupting a child’s brain architecture. Toxic stress, which is caused by prolonged exposure to heightened stress, has detrimental short- and long-term health effects.”

And the United Nations has called for the practice to end immediately stating that “[there is] nothing normal about detaining children” “[it] is never in the best interests of the child and always constitutes a child rights violation.”

While these statements are powerful, none of us really needs a credential to know that taking children from parents with no defined plans for reunification is cruel and inhumane. The proposed tent-cities for these children to live in sound like something out of a dystopian novel, not the United States of America. We may differ in our political opinions and stances on immigration. That is part of the beauty of this nation that we live in. But can we, as the mothers of the USA, unite in standing up for the children of the world? No matter where they come from, children deserve better than this. If we can’t give children on US soil the most basic of their human rights, then what kind of democracy do we have?

If you want to do something to make a difference, here are a couple simple ways to:

By calling 202-225-3121, the Senate switchboard will connect you to your local representative. It’s crucial that Members of Congress cosponsor the following legislation:

One good resource to educated on the matter of undocumented children is Kids in Need of Defense (KIND) is an organization that protects the basic rights of unaccompanied children in the U.S.

If you want to make a difference you can tk about this with your friends, family and neighbors and share information on social media. You can invite others to stand up for human dignity and American values by standing up for children at the border.

Find an Organization that is Helping

The Texas Tribune recently compiled this list of organizations who are helping families separated at the border. Consider supporting them in any way that you can.

Sela is not your typical business theme. Vibrant, bold, and clean, with lots of space for large images, it’s a perfect canvas to tell your company’s story.
Sela is responsive, which means it adapts to any screen, providing your visitors with a great browsing experience on any device.